Why the Global Thrust for SDG 16 may Linger Beyond 2030

The SDGs represent the global roadmap to achieving sustainable development. The SDGs feature in all global discourse on development and international cooperation. Whilst the desire of the SDGs is to achieve its targets by 2030, it is important to begin to examine global progress and test the global readiness and commitment in realizing the goals. Domestication of the SDGs has supposedly been addressed across countries and continents of the world, even as regional blocs are making concerted efforts and setting targets towards achieving the SDGs. However, it must be noted that success of the SDGs can only count when the SDGs and the gains become ubiquitous: if Europe succeeds and Africa fails; if North America succeeds and South America fails; if Antarctica succeeds and Asia fails; indeed, the whole world would have failed in the SDG thrust of achieving sustainable development across the world by 2030. It must be mentioned that each and every one of the 17 goals are equally important, while they are collectively necessary in measuring performance towards 2030. 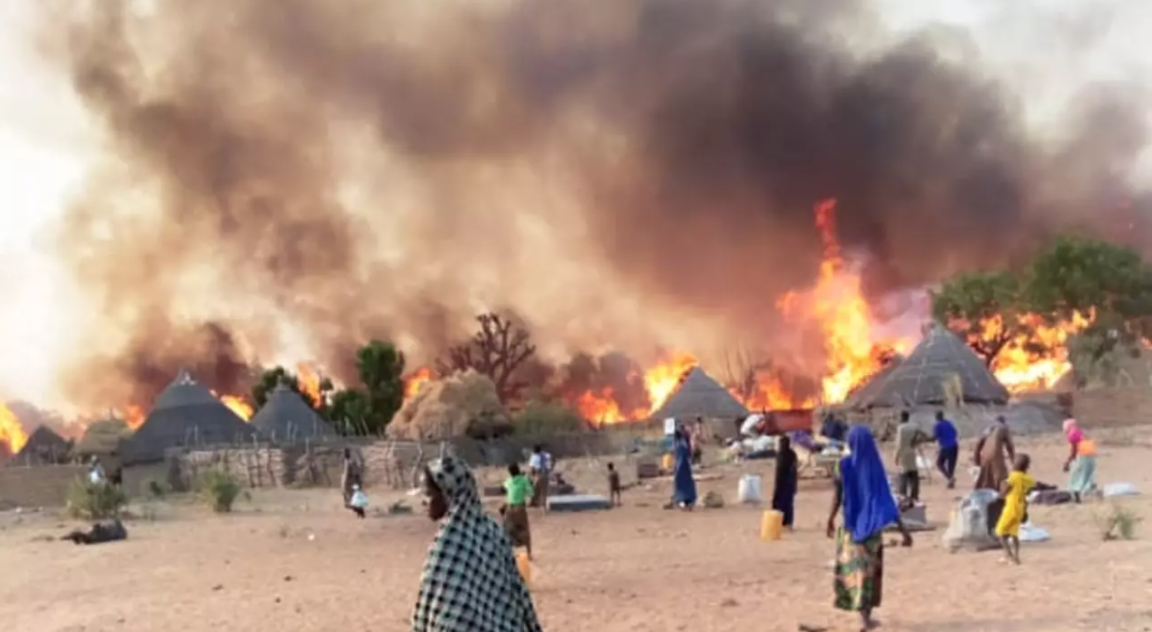 The state of global peace today calls for a quick but important review of the world progress in meeting the targets of SDG 16. From civil wars to ethnic conflicts; from religious crisis to drug wars; from insurgency to banditry; armed conflicts continue with bold accentuation. Violent extremism seems to be on the rise and in varying dimensions, growing in form and geographical spread. These leave in their trail, deaths in thousands – women, children, youths and the elderly. The fatality statistics have drowned any global peace initiative thereby bringing the questions on the global efforts at addressing SDG 16. Africa and Asia remain the leading continents in terms of prevalence; it is also noteworthy to mention that these two continents are the most polluted continents of the world. Besides deaths, armed conflicts have also caused physical displacements leading to the heightened number of Internally Displaced Persons (IDPs) and refugees. But while these humanitarian crises are being worsened as armed conflicts deepen, the world leaders seem to be busy in their corners, turning blind eyes to the declining peace quotient and growing threat to lives in other parts of the globe. 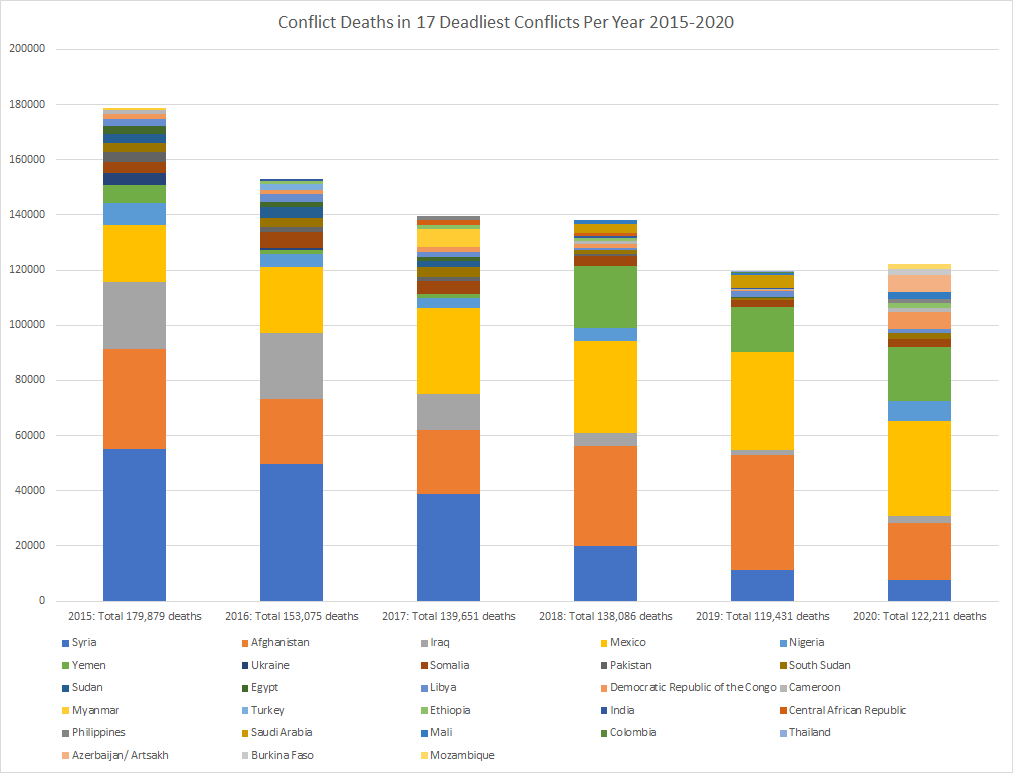 On the average, over 100,000 persons lost their lives to armed conflict annually between 2015 and 2020. From an all-time high of 179,879 fatalities in 2015, the number dropped slightly to 119,431 in 2019. Unfortunately, the numbers took an upturn in 2020, closing at 122,211 deaths. More worrisome is the fact that the upward trajectory has continued in 2021. As at July 2021, there has been about 95,309 deaths already with drums of war sounding and winds of violence blowing in the hotspots. Most disturbing is how this ugly trend continues to grow once it buds. A look at the graph reveals how armed conflict and violent extremism have created more deaths in hitherto safe grounds like Nigeria. Fatality triggers have increased in Nigeria recently, more than ever before. From secessionist agitations to farmer-herder conflicts and other forms of armed banditry and violent extremism, Nigeria has had a full dose of the trouble in 2021 alone. Like the case of Nigeria, the fatality trend seems to be on a volatile rise across the signature horizon. A quick check on the numbers shows that these fatalities occurred significantly in Asia and Africa. Rather than ameliorate, the situation seems to exacerbate over time.

Whilst the fatalities make headlines, internal displacement of people from their homes and native homelands also calls for global concern under the purview of SDG16. As at December 2020, there were 55 million internally displaced people across the world out of which 48 million (or 96%) were displaced as a result of armed conflict and violence in 59 countries and territories. Internal Displacement Monitoring Centre (iDMC) provides more contest into the state of, and impact of displacement globally. ‘More than 23 million people under the age of 18 were internally displaced worldwide, with significant impacts on their education’. The global cost of displacement was put at $20.5 billion per annum as at 2020. The figure includes the cost of providing people displaced by conflict and violence with support for their housing, education, health and security, and compensation for loss of income. Whilst the economic cost is estimated in billions of dollars, there is yet to be a quantitative evaluation of the social cost of internal displacement. Beyond the donation of food items and beddings, there is yet to be an attempt to measure or remedy the emotional trauma households, mothers, children, fathers and indeed all the victims go through when they are forced out of their homes (no matter how poorly it might be) into make-shift structures in classrooms and open fields. Yet, the global concern around displacement seems to be much about gathering relief materials rather than addressing the root causes of internal displacement. 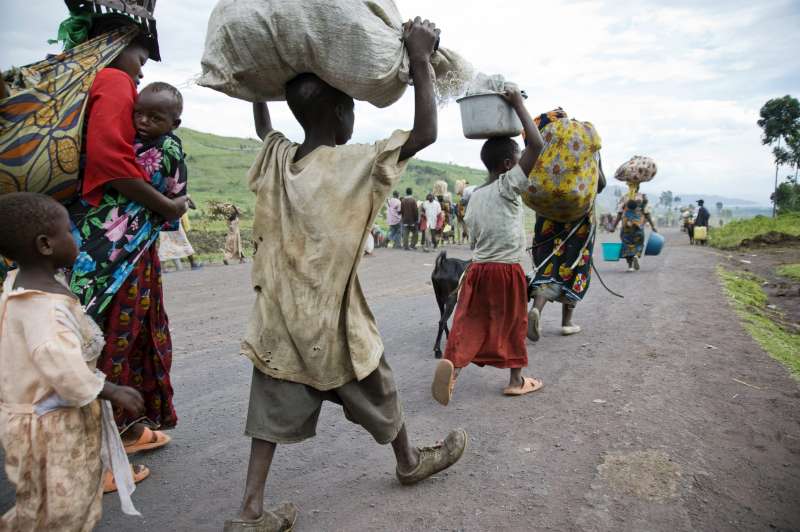 By region, most displacements triggered by conflict and violence in 2020 were recorded in Sub-Saharan Africa, the Middle East and North Africa. The trends show that internal displacement crises spread to previously relatively unaffected areas of sub-Saharan Africa in 2020, while ‘longstanding upheaval in others was aggravated by the emergence of new armed groups and escalating violence’. As at the end of 2020, across Middle East and North Africa, around 11.8 million people were living as IDPs as a result of conflict and violence. Whether they are found in Sub-Saharan Africa, Middle East or North Africa, the greatest good the world owes these IDPS include finding safety, rebuilding their lives and achieving durable solutions to violence and armed conflict. Here lies the crux of the matter. 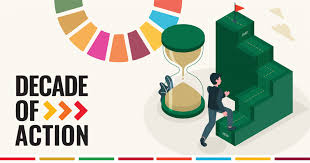 The goal of SDG 16 is to promote peaceful and inclusive societies for sustainable development, provide access to justice for all and build effective, accountable and inclusive institutions at all levels. In order to achieve the goal of SDG 16 by 2030, 12 targets were set with the number one target being to reduce violence everywhere. Some other targets include protecting children from abuse, promoting the rule of law, preventing illicit flow of arms; develop effective, accountable and transparent institutions, amongst others. Sadly, available statistics show that over 20million children live as IDPs globally as at end of 2020 and counting. Violence continues to spread as arms and ammunition flow freely from areas of peace to the crisis prone areas; violence rages unabated, treated as regional and national conflict with no global effort for peace. Between the launch of the SDGs in 2015 and now about a million lives have been lost to armed conflict globally; over 48million persons (including children) have been displaced by conflict while over $120 billion have been spent, supposedly, in supporting IDPs globally. Whereas the violence triggers continue to mutate freely, the silent enablers are glossed over and the hotspots brew hotter, the global quest for SDG 16 may not be achieved by 2030. Globalization has made the world a global village such that regionalization of armed conflict becomes a global risk. Though statistics point to Africa and Asia as flashpoints, the impact remain global: non-Asians and non-Africans have also become victims of these conflicts; international trade and indeed cross-border investments and tourism have also been affected. It is important to point out that economic resources gathered in crisis-free areas have also been applied in managing crises at the flashpoints, thus highlighting the interconnectedness. 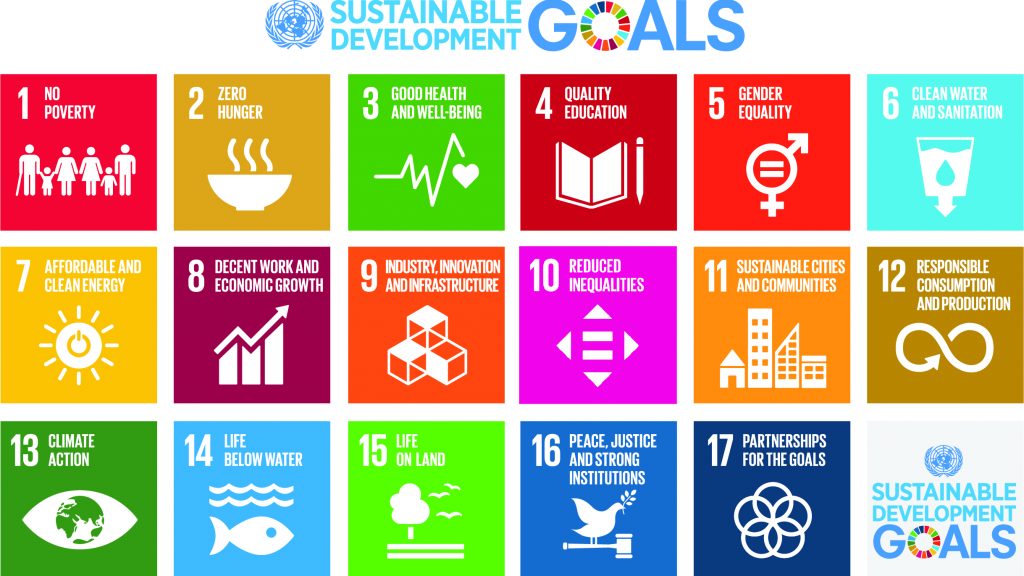 Realizing the thrust of SDG 16 by 2030 require a global attention on the spate of armed conflict irrespective of the location of such conflicts. There seems to be more attention on climate change than the quest for global peace. This means working hard for a safe climate with little concern on the safety of lives under the climate. Again, what is termed proliferation of firearms or cross border arms flow in troubled regions is actually income generation to persons and businesses (and taxes to governments) in ‘trouble-free’ regions. Violent change of government in less-developed countries attract more global attention than violence against citizens of the same countries. Perceived trouble-free countries are quick to order their citizens back to their safe abode at the outbreak of crisis with no measurable contribution to peace in the same location from which their citizens had repatriated income. But COVID -19 pandemic has taught the world a lesson that rather than retreat or resort to fencing in the face a crisis, the right approach is collaborative effort to address the crisis before it festers to hitherto safe regions. Except the world unites in the fight against armed conflict and violent extremism, achieving the global target of SDG 16 by 2030 may be a mirage. 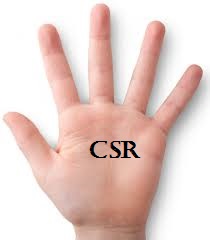 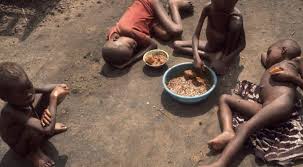 GOOD NUTRITION: A SOCIAL INVESTMENT FOR SUSTAINABLE DEVELOPMENT IN NIGERIA 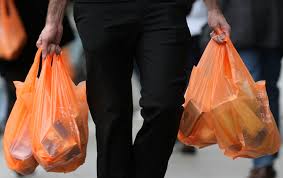 NIGERIA MOVES TO BAN THE USE OF PLASTIC (POLYTHENE) BAGS 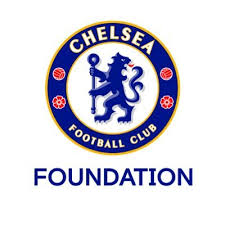